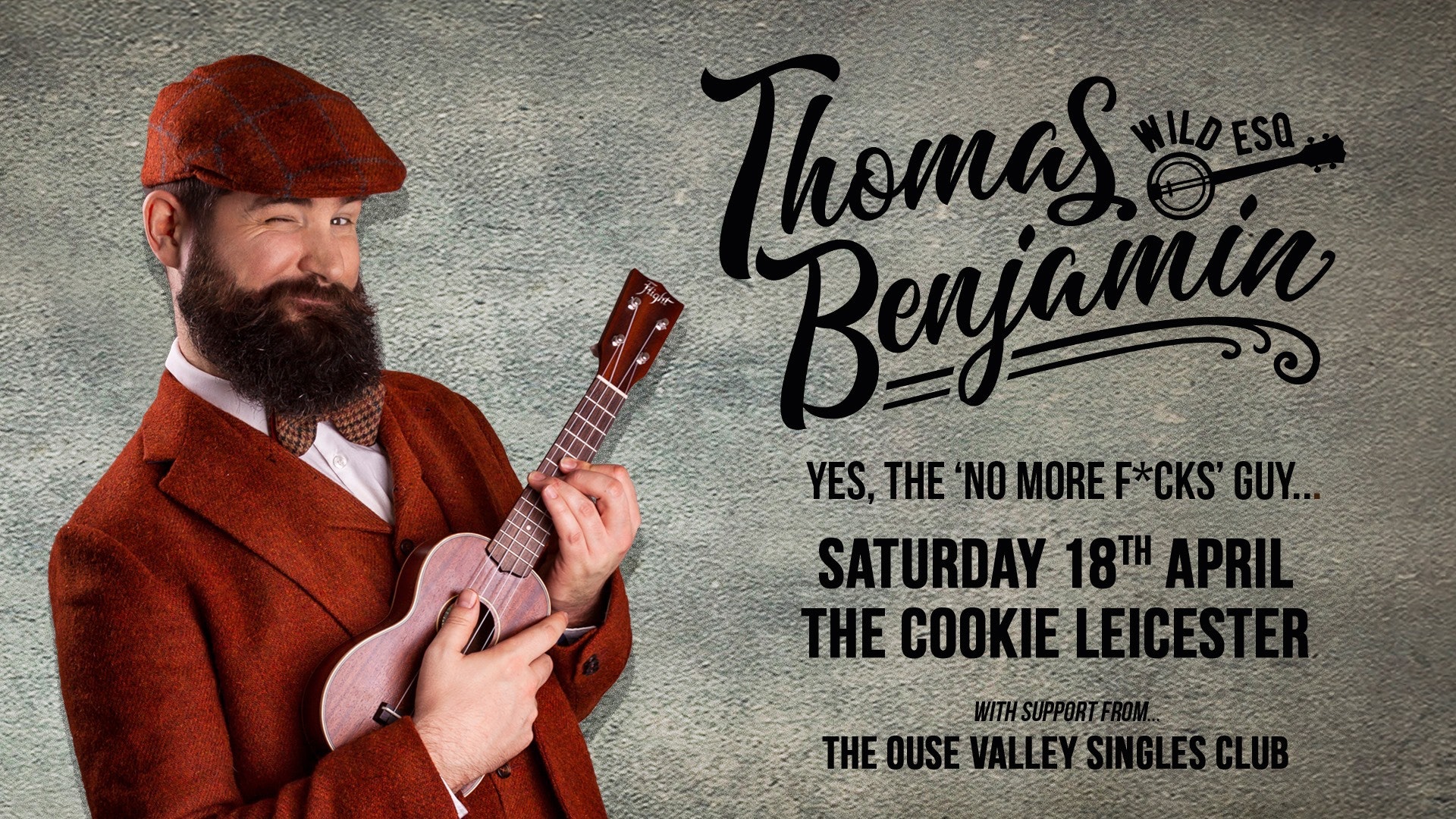 With banjolele in hand, Thomas Benjamin Wild Esq. has been delivering his own brand of musical humour since 2016. His performances charm audiences with a unique mix of original material, singalong classics and a sharp vintage wardrobe.

After the video for his original song I’ve No More F***s To Give went viral, clocking up over 100 million views across various social media platforms, he has been performing at various venues, festivals and cabaret events across the UK.

Thomas’s debut album Awkward Encounters While Walking My Dog, released in 2018, reached number 3 in the Billboard Comedy Albums Chart, and features a collection of original satirical songs about the modern world delivered with good old fashioned style, wit and wisdom. His second album, Pants Drunk will be/was released in March and carries on in the same vain. Expect laughs and plenty of singing along!

Tickets are on sale from 10am, Friday 24th January here:
https://www.seetickets.com/event/thomas-benjamin-w…